I started writing this blog many months ago to share my experiences as a Foundling and also to share a story of domestic violence that touched my heart and forever changed my life.   Since that time, so many things have happened that it is hard to even fathom?!

And I let some of them stop me from doing something I love…And need.   And that was my writing.  For those of you who also write, you will totally get it…That need to get things out of your head and onto paper, the need to be free of information and thoughts that won’t let you concentrate and focus, and the need to tell your story so that it might help or encourage even one other person out there who just needs a little push to take some action in their life that they are contemplating.

Knowing that it could be one that changes or saves their life is motivational, but is also a pressure.   A pressure that is brings out the “fixer” in you…that part of you that wants to spare others pain and suffering.   So…In light of that, I am back.   And I won’t let intimidation or sour grapes or bullying stop me again.

This weekend, I read a couple of things that inspired my will to start writing again.   There were some Social Media posts written about a person who I was friends with in the past, but our paths took us in different directions and we kind of lost touch.  This friend suddenly passed away, leaving behind a shocked, mourning family and lots of friends.  Lesson learned…Life is short.  Seize it.  Enjoy it.  Live it.  And love those who love you and remind them often with actions as well as words.

The other thing I read was a post written by the sibling of a Foundling.   The Foundling is a surprise to the sibling, as she has just recently learned about them.  She became a member of the Foundling Finders Facebook Group that is near and dear to my heart.  Without going into detail, because this isn’t my story to tell, I reached out to her because she was asking Foundlings for their thoughts on many questions she has before going through with making a connection with the Foundling sibling.  The amount of thought and understanding and compassion she has going into this situation is amazing!   She has obviously had it on her mind constantly and it is something she is holding very close to her heart.

The caring and concern she has about the Foundling that is her sibling is so commendable.  Even though she was not given up by her parent, she seems to get what it would be like to be a Foundling…Wondering “why” they weren’t loved enough?  Wondering if their birth mother thinks of them often and hopes they have had a great life?  Wondering if their birth mother might reach out to them on their birthday every year?   Wondering if they have other brothers and sisters out there?   Wondering if those siblings are like them or very different?   Wondering if they even know they are a Foundling or even that they are adopted?   She feels her birth mother would have been completely distraught to have made this decision and that she must have left this baby in some sort of extreme, extraordinary circumstances and wonders if the birth mother’s depression and other lifelong mental health issues may stem from this baby she left many years ago?  Will her search and contacting this Foundling Sibling make things worse for them or for her Mother or will it make things better?   Will there be a happy reunion?   Or will it just result in more hurt and rejection?    Her insight and the amount of thought she has put into this blows me away.   I have sent her a private message to share my thoughts with her and gave her the link to my blog.  I know our stories are very different and that she is coming at the search and possible meeting from another angle, but I felt like I had something valuable to offer her in what I have learned.  The lesson…Never pass up an opportunity to help someone that asks for help.

Lastly, I read an article about a young lady who is sharing her own story of being in a relationship that consisted of a lot of domestic violence that resulted in extreme physical and emotional harm and damage to her.  Her courage to share that with others even though it is very still very scary and raw for her, both broke my heart, but inspired me at the same time.  She was mutilated by her ex-boyfriend in a way that will always be there to remind her of the situation and time with him.  But yet, she wants to share the story to possibly save someone else from being in this same sort of situation.   It was difficult to read, but so very brave of her to write and share.  Lesson learned…Don’t be intimidated by those who bully you.  And do what you can to help others!

For those of you who were following my blog for many weeks as I wrote routinely and told my story of why I started my bio family search, the actual search process itself, the beautiful connections and relationships that I have worked hard to build and am thankful everyday to have, as well as the lies, deceit, and secrets that have come to light during the process, you probably also noticed that I stopped posting to my blog after the Christmas holidays, other that maybe one or two other short blogs since that time.

You see, after I posted the blog about the holidays that I felt thankful to get to spend with biological family that I have never gotten to spend the Christmas holidays with, there was a lot of ugliness and drama that unraveled because some members of the family, who unlike the sibling of the Foundling I mentioned above, obviously do not get what it’s like to be a Foundling, nor do I believe they even try to imagine what it might be like.  I felt like the drama that occurred wouldn’t have happened and hurt my sister and some of the other family members that I love, if I hadn’t published the post to my blog…so I just stopped.   Because I never want to see any of these people I love be put through any kind of unnecessary hurt, especially if I caused it in some way.

However, my sister, Patty, who is older (just a little) and wiser, has been telling me I shouldn’t let someone bully me into not doing something I love and need.   And then reading these other things I mentioned this morning, I feel motivated to get back at it!   After all, I have some more amazing information to share!!

The last blog I shared was about my nephew, Brandon, who reached out to me after I showed up as a match on his 23 & Me test results!   And while the initial plan to meet him did not work out for reasons I won’t even bother to share, I got to meet him shortly after that!   He only lives one state over…

It was a beautiful spring-like Sunday about a month ago that I took off and drove 3 1/2 hours to the retail store that my nephew manages because he was working that day, but told me he could take a long lunch break if I drove over.  I messaged him from the parking lot when I got there.   He said “Well, are you going to come in or…??”   I said “Of course, I will come in!”   He told me I could find him in lawn and garden, so after making a short pitstop in the little girls’ room, I made my way to that department…And I immediately saw him at the register helping a customer, but spotting me and giving me a big smile and a wave.   At last, we met!   He says “Let’s get out of here and go get some lunch!”   So we walked back through the store to his office to get his coat and keys and off we go.  He asked if I like Panera Bread, which was very close by, and I said I did.  So we got some food and just chatted for a little while…I still couldn’t believe how much he and my son favor one another?  He told me he had a lot of pictures and such at his house and would like to show them to me, so we hopped in his truck and drove there about 10 minutes away.  After a tour of his home, he went down to the basement and came back with several photo albums and books.

What a treasure???   Not only were there pictures of him as a baby and little boy, there was school memorabilia, his newborn baby tee shirt, old cards, and other precious items and pictures…including pictures of his mother, Karen, who was my half sister!   There were pictures of her that I had not seen and it was so wonderful to be able to visualize a part of her life and who she was.   Brandon said that Karen’s adoptive Mother had made the one book for him throughout his young life.  And even though he didn’t get to see her often or spend a lot of time with her, there were times during the summers that he got to visit her.   When he was with her, he was less than an hour from me…And I had no idea?!  He spoke very fondly of her.   She raised his half brother, who I have yet to meet; however, my sister Patty got to meet him the same week I met Brandon.  He was in the process of moving to another state, so I am thinking there is another road trip in my near future!

Brandon and I talked about his childhood and growing up and his life now and I shared with him my search and connection with other biological family and we talked about planning a reunion soon, so he can meet many of the others, who I am sure will love him too.   He did his DNA Test because he decided he wanted to know “who” he was and “where” he came from.   Again, the magic of DNA…It is real.

And before I knew it, it was time for me to head back home…The afternoon had flown by at record-speed, but it was so worth the trip!  I drove home with a smile on my face and made some calls to other family members to let them know we have another new family member who wants to join our crazy bunch!!   We definitely need to plan that reunion!! 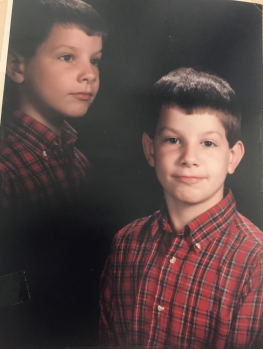 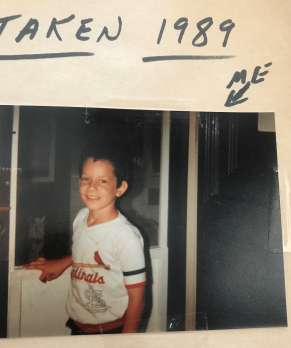 View all posts by foundlingjourney

6 thoughts on “So Many Lessons”